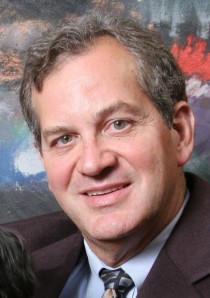 Since graduating from the University of Tennessee College of Law with High Honors in 1982, Thomas J. Overton has practiced exclusively as a trial attorney. Mr. Overton is certified as a Civil Trial Advocate by the National Board of Trial Advocacy, an organization accredited by the American Bar Association. Mr. Overton is trial tested. He has been lead counsel in numerous trials and appeals in both federal and state courts in Colorado and across the country.

Mr. Overton acts as a Hearing Officer for the Colorado Supreme Court Attorney Regulation Board. He has served on several community boards, including the Denver Children’s Home (past president) and the Colorado Inter-mountain Fixed Guideway Authority. He is also active in the American Inns of Court.

Mr. Overton founded the predecessor of The Overton Law Firm in 1991 after spending several years with a national law firm. His clients include multinational corporations, professionals, entrepreneurs, small and medium sized businesses, and individuals and families.

Mr. Overton is committed to fighting the battles that have to be fought to protect his client’s rights and interests. His experience includes a wide variety of complex business litigation as well as cases involving serious personal injuries and death. Because of his recognized expertise, Mr. Overton is often hired by other lawyers to act as special trial counsel on cases they are handling.

Mr. Overton is highly experienced in handling contentious litigation. He works closely with his clients to achieve their goals and favorable results on their cases.