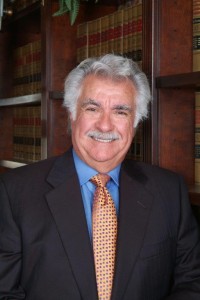 SUCCESS IS NO ACCIDENT, it doesn’t just happen, you have to earn it!

The West Law Firm was founded in 1967 in Shawnee, Oklahoma. The firm primarily focuses on trial work in the areas of civil litigation and class action litigation. The lawyers of the firm have enjoyed a successful trial practice including several multi-million dollar settlements.

Terry West has spent over 45 years working in the courtrooms of our country representing injured people against giant corporations, becoming one of the more recognizable lawyers in the state. His unequaled service with the Judicial Nominating Commission and other groups has made him perhaps the best known lawyer by judges and trial lawyers now practicing. He is currently named one of the best 50 lawyers in Oklahoma by Super Lawyers publication and has an AV rating from Martindale Hubbell.