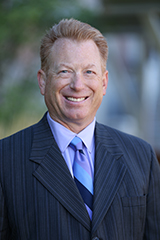 Contingency Fee Basis - no fee if no recovery

Stuart has 29 years of experience in personal injury, product liability, and mass tort. He has recovered over 70 million dollars for his clients.

Stuart Goldenberg founded GoldenbergLaw in 1986 to promote the safety of individuals by holding wrongdoers accountable.

Stuart received an undergraduate degree in political science from the University of Madison, Wisconsin and graduated from William Mitchell College of Law in 1984. Stuart is a State and Nationally Certified Trial Specialist.

Since that time, Stuart has practiced in both state and federal courts throughout the nation, concentrating in catastrophic injury involving dangerous drugs and devices, defective products, and motor vehicle claims.

Because of his accomplishments, Stuart has been elected to the Multi-Million Dollar Advocates Forum and received the highest honors in the legal industry. He has been named as a SuperLawyer and Top Attorney each year since 1998. Stuart’s years of experience, coupled with his passion for his clients have permitted him to offer his clients creative, but pragmatic solutions. He has handled some of the largest personal injury, product liability, and defective drug cases in the country.

Stuart has helped thousands of injury victims recover emotionally and financially. He has recovered more than 70 million dollars for his clients.

Stuart is married to Rhonda Stein and has four daughters. He enjoys golfing, tennis, skiing, and spending time with his family.