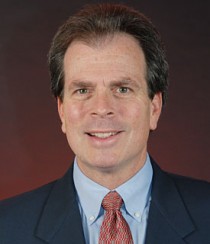 Born in 1957 – two months before his father took the California Bar Exam – Steven Glickman was raised in the Los Angeles area and was greatly influenced by his father’s legal path.

Since that time, Steven Glickman has done more than live up to that award. His most notable accomplishments include:

One of the youngest members ever admitted to ABOTA.

Steven Glickman has spoken at numerous seminars for CAALA, Consumer Attorneys of California, and the California Continuing Education of the Bar. He has published many articles in legal literature and is the editor of the Consumer Attorneys Association of Los Angeles “Medical Malpractice Guide.”

He has also been active with the UCLA School of Law, serving as a member of the Board of Governors for two years and serving on the Dean’s Committee for ten years.

Steven Glickman has served as an arbitrator or mediator in numerous cases for the Los Angeles Superior Court and has also served as a special judicial settlement officer at numerous branch courthouses throughout Los Angeles County.

Steven Glickman is admitted to practice before all California state courts as well as:

Along with his activities with CAALA, CAOC and ABOTA, Steven Glickman is a member of the Association of Trial Lawyers of America, the American Bar Association and the Los Angeles County Bar Association.