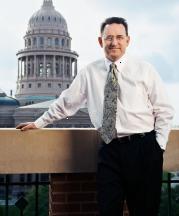 Stephen W. Stewart is the founding member of The Stewart Law Firm in Austin, Texas, a national trial firm dedicated to serving victims and family members who have been injured, harmed, or killed by the negligence of others or by defective products. Prior to founding The Stewart Law Firm, Stephen Stewart was an attorney for the prominent Austin, Texas law firm of Clark, Thomas & Winters, P.C. where he worked exclusively with large corporate manufacturers of automobiles, aircraft, commercial vehicles, and industrial/construction equipment defending product liability claims in both state and federal courts in multiple states and jurisdictions. Currently, Stephen W. Stewart only represents victims, utilizing his years of defense experience and his knowledge, skill, and training to go toe-to-toe with the most major of corporations and manufacturers in his constant goal to remain steadfast in the pursuit of justice for victims.