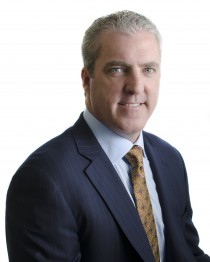 The Williams Law Firm, P.C. - We fight for families

No Fee Promise. No legal fee until we are successful in the case. Initial consult is always free of any charge.

Joseph P. Williams is an attorney serving clients in New York, particularly those who are victims of mesothelioma and asbestos exposure. He is also specifically experienced in cases that deal with severe personal injury and product liability. An experienced trial attorney, Mr. Williams has tried cases for asbestos victims that resulted in settlements amounting to several hundred-million dollars. As his clients battle mesothelioma and illnesses as a result of asbestos exposure, Joseph Williams pursues justice on their behalf, in the form of financial compensation.

From 1992 to1996, Mr. Williams was an assistant district attorney and prosecuted various types of criminal cases. In 1996, he became a civil trial attorney and ultimately took on the fight for justice for those unwilling victims of mistreatment or abuse. By focusing his practice on victims of asbestos exposure, Joseph Williams is able to help both workers and their families as they face sickness and financial hardship. His personal connection with his New York clients is reflected in his tenacious pursuit of the best possible outcome in every case.

Mr. Williams has represented workers and families in almost every labor union in the state. He is admitted to practice before the United States Supreme Court, the Federal District Courts for the Southern and Eastern Districts as well as the Second Circuit Court of Appeals and the New York State Supreme Court. His memberships include the American Association for Justice, New York State Trial Lawyers Association, New York County Lawyers Association and New York State Bar Association. He is also a financial supporter of the American Cancer Society and the Mesothelioma Applied Research Foundation. Joseph Williams treats each client with dignity and respect and will fight even the largest of companies if they are guilty of exposing employees and workers to dangerous asbestos.