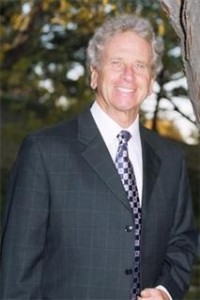 We're Here When You Need Us

Sheila and James D. v. Donald P. and CFS, Ltd.
Personal Injury Action
Jury verdict: $11 million
While on vacation, our clients’ vehicle was struck from behind by an eighteen-wheeler truck. The driver of the eighteen-wheeler chose to hit our clients’ stopped vehicle instead of “spilling his load.” Discovery revealed insufficient safety training and supervision on part of the driver’s employer. A claim was brought against the company for negligent hiring and supervision. The young couple sustained injuries to their necks and shoulder resulting in surgeries. Mr. D. was a veterinary student who also had a wage loss claim against the trucking company due to his inability to work with large animals because of the injuries he sustained.

Ken P. v. Matson, Discount Truck and State of Colorado
Personal Injury Action
Jury verdict: $6.3 million
A 21 year-old male drove through a repaving construction zone where highway lanes were not marked clearly. He narrowly missed a rental truck that was stopped and was partially blocking the right-hand travel lane on I-25 with its lights off (due to a known electrical malfunction). A Colorado State Patrol officer made contact with the driver of the rental truck (Matson) prior to the collision but did not place flares or reflective triangles. As our client swerved to miss the stopped, unmarked vehicle his vehicle flipped into the median causing him to become a paraplegic. He could no longer work or support his daughter.

Heather T. v. Tipton and CRST Van Expedited, Inc.
Personal Injury
Jury verdict: $2.7 million
Heather was driving on I-25 when she was clipped by an eighteen-wheeler and forced off the roadway into the center median. She sustained a serious injury to her spine resulting in a lumbar disc replacement. Our firm rejected a $300,000 settlement offer and proceeded to trial. The jury rendered a $2.7 million dollar verdict. The verdict was affirmed by a unanimous panel of the Colorado Court of Appeals.

Kathryn K. v. XYZ Oil Company
Personal Injury
Settlement: $1.2 million
Our client, a 47-year-old woman suffered a serious leg injury requiring multiple surgeries including amputation of her toe as a result of an oil truck turning in front of her vehicle. The driver of the oil truck had recently been fired by another trucking company, and the defendant oil company hired the truck driver even though his record revealed two prior collisions and several traffic infractions.

In 1988, The Colorado State Senate commended Jerry for his work in the 1987 Berthoud Pass disaster that killed nine people and injured 16 after a state highway worker dislodged a boulder that fell on a bus.

Jerry has received the highest ratings from Martindale Hubbell, a national legal directory, for both legal ability and ethical standards. He has an outstanding reputation for having expertly represented hundreds of personal injury victims. The Colorado State Senate commended Jerry for his work in the 1987 Berthoud Pass disaster that killed nine people and injured 16 after a state highway worker dislodged a boulder that fell on a bus.