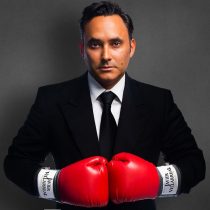 A Personal Injury Attorney Who Fights

Javier Villarreal received his bachelors degree from Tulane University in New Orleans, LA in 1995. He then continued his education at Tulane School of Law where he obtained his Juris Doctors in 1998.

Upon graduation, he went on to serve as a Briefing Attorney for the United States Court of Appeals for the Fifth Circuit. In 2001 Javier opened his private practice in Brownsville, Texas and developed his plaintiff personal injury practice.