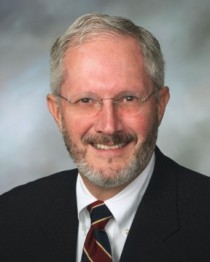 Contingent fees in most cases.

Infant v. University Hospital
An 8-month old boy presented for removal of a cyst that extended into his cranium. After surgery, signs and symptoms of a developing infection were ignored, and the child was discharged home. He returned the next day with evidence of a brain infection and sepsis. He suffered profound brain damage and disability. This case resulted in one of the largest medical negligence settlements in Oregon’s history - $11.8 million.

Minor Patient v. Health System, Doctor & Hospital:
A 2-year old presented to the emergency department on two occasions, approximately 10 hours apart. Signs of an early infection, possibly meningitis, were present, but no tests were performed to rule out this possibility. Phone calls were made from home, but phone advice nurses told the mother to “wait and see.” The mother took the child on her own to the second ER visit. Signs of an ominous infection were present, but the child and his mother were kept waiting for over two hours before a doctor saw the child. By this time the child was nearly dead from an overwhelming infection. The child survived, but the circulation in his legs was severely compromised resulting in the amputation of both legs. Nearly 40 medical experts were consulted. The case settled just before the trial started for a settlement in excess of $3 million. At the time, this was among the largest medical negligence case settlements or results in Oregon

Patient v. Veterans Administration:
A 63 year-old patient at the Veterans’ Administration Hospital underwent a coronary artery bypass operation in which a vein was harvested from his right leg to use as an arterial graft. After the surgery, signs of unusual pain, pressure, and sensation were present. These symptoms were recorded by attending nurses, but apparently ignored by attending physicians. More than several days passed before a careful examination revealed probable signs of a compartment syndrome. When the veteran’s leg was opened, significant muscle death was seen with the resulting loss of muscle tissue in the lower leg. Successful negotiations with the Veterans Administration in Washington D.C. resulted in a settlement of $500,000.00

Minor Patient v. Physician & Clinic:
An 8-month old baby was seen by his pediatrician for a “wandering eye.” Over the next 10 months the doctor adopted a “wait-and-see” plan. No simple tests were allegedly done to determine if a mass or other abnormality was causing the eye to wander. An optometrist then determined a mass was present in the eye. By this time, the ocular tumor had spread to other eye requiring more extensive therapy, including radiation therapy. World-class experts determined the course of therapy would have been different with earlier diagnosis, and would have put the child at less risk for recurrence. A confidential settlement of over $600,000 was reached to help resolve the case and provide future income payments to the client.

Patient v. Physician and Clinic:
A 45-year old male complained to his doctor of rectal bleeding that concerned him. A diagnosis of “hemorrhoids” was made on the basis of an examination that did not include a sigmoidoscopy or colonoscopy. The patient also experienced a sudden release of about 10 cc’s of blood that reddened the toilet bowl. The patient was ultimately seen by another medical provider who was concerned about the possibility of colon cancer. A careful workup revealed the presence of colon cancer, resulting in surgery and a permanent colostomy. After significant pre-trial discovery and negotiations, a significant settlement in favor of the patient was obtained.

Patient v. Defendants (2 cases):
A 50-year old woman consulted a dermatologist for a suspicious mole on her body. A biopsy tissue sample was taken and sent to a laboratory. The pathologist incorrectly read the tissue sample as an irritated mole. 19 months passed before another tissue sample was taken and the correct diagnosis of melanoma was reached. The patient suffered significant surgical procedures and a decrease in life expectancy. Careful expert witness consultation and significant discovery preparation obtained a settlement for the client in excess of $1 million. Another similar was settled for a confidential and substantial sum.

Patient v. Hospital & Surgeon (3 cases):
Patient consents to abdominal surgery. Surgical sponge is left behind inside patient’s abdomen and remains undetected for 18+ months. In the meantime, patient experiences ongoing pain, gas, distention and bloating, all of which are dismissed. The defense claimed patient’s symptoms were not due to any fault of the surgeon and, in any event, were not significantly disabling. In each of these cases, resolution was obtained after investigation and discovery was conducted.

Minor Boy v. United States Postal Service:
A 2-year old boy was in front of a United States Postal Service truck as it moved away from the curb while the driver was delivering mail. Despite the well-designed mirror system, the driver failed to see the boy before the truck moved forward and ran over him. A trial with expert testimony took place before a federal judge after which the U.S. government agreed to pay a mutually acceptable amount to finish the case.

Crime Victims v. Political Sub-division in State of Oregon
A husband and wife were assaulted by a dangerous felon parolee whose parole supervision officer intentionally stopped supervising due to lack of any concern about the parolee or public safety. The parolee was admittedly dangerous and a known sociopath. The parole officer was caught lying about the extent to which the parolee was being supervised. After two successful appeals to the Oregon Court of Appeals, the case was settled just prior to trial for the full amount sought by the husband and wife crime victims. The defendant political sub-division in Oregon paid the full amount that was sought in the case.

Patient v. Nurse Mid-wife and Clinic
First-time mother presented for labor and delivery. She was followed by a nurse mid-wife who ignored signs of fetal distress, and allowed mother to continue in labor for a protracted period of time, until the baby expired. The baby then had to be delivered as a stillborn. The case was reviewed by experts who expressed the opinion that this was a case of reckless indifference. The case settled for a substantial and confidential sum in excess of $500,000.

Post-op patient v. Orthopedic Clinic and Hospital
A woman was treated for a leg fracture. After surgery, complications developed indicating a need for urgent intervention. Signs and symptoms were ignored. The patient developed permanent damage and disability, requiring extensive procedures and further treatment. The case settled for a confidential amount.

Pre-teen v. Radiologist and Hospital
A pre-teen reported hip pain. X-rays were taken indicating a condition readily treated by surgery. The x-rays were misread, resulting in a substantial delay in obtaining the required surgery. By the time surgery was performed, permanent restriction in the range of movement and disability occurred. The case was settled after the defendant radiologist admitted his carelessness during his deposition. The settlement amount was confidential, but in excess of $500,000.

Baby v. Ob/Gyn, Ob/Gyn Clinic & Hospital
First time mother presented in labor. The electronic fetal monitor strip showed signs of fetal distress. However, delivery was delayed for no apparent reason until the baby was unnecessarily compromised and asphyxiated. Permanent brain damage (cerebral palsy) and significant disability resulted. The case was settled for a confidential amount after depositions occurred. Our work with other national birth injury lawyers was instrumental in obtaining this just result for our child client and his family.

Firm Background: J. William Savage has practiced law for 35 yrs in OR and WA. A Diplomate of the National College of Advocacy, graduate of Gerry Spence’s Trial Lawyers College, and for 25 yrs rated AV for Legal Ability / Ethical Standards, Mr. Savage has prepared and tried cases in OR and WA and all federal courts.

Ms. Hepburn is a 34 yr practitioner, also licensed in WA and OR. In 2013, Ms. Hepburn received the Public Justice Award from the Washington State Association for Justice for her advocacy on behalf of child pornography victims.