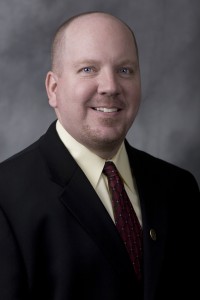 J.R. has been licensed to practice in Missouri since April 1995 and is licensed before all Missouri courts; the United States Court of Appeals for the Eighth Circuit; and the United States District Court for the Western District of Missouri. He is currently a member of the Missouri Bar Association, the Kansas City Metropolitan Bar Association (Chairman of the Workers’ Compensation Committee 2000-2001), the Missouri Association of Trial Attorneys (MATA), and the American Association for Justice (AAJ)). He has been a member of the Workers’ Injury Law and Advocacy Group (WILG) since its creation in 1995, and has lectured at continuing legal education seminars on workers’ compensation issues. He is currently serving on WILG’s Executive Committee as the Immediate Past President (Pres. in 2011-2012). He was President-Elect from 2010-2011; Treasurer from 2009-2010; Secretary 2008-2009; and National CLE Coordinator in 2008.

J.R. was elected Managing Partner of the Firm in July 2002.

J.R. is married and has two beautiful daughters. He is an avid outdoorsman and enjoys deer/turkey hunting, fishing in the Boundary Waters and many other outdoor activities.