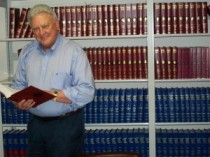 Over 25 Years of Experience Fighting For Justice

Attorney David Best was born and raised in Orlando before going to Florida State University.  Later, he went to law school in Washington, D.C. at American University.  After graduating from law school, he came back to Orlando to practice law.

Orlando medical malpractice attorney David Best has represented clients in both state and federal courts in hundreds of cases.  In fact, he has even argued before the US Supreme Court – and won.  While he has won numerous verdicts and settlements in excess of $1,000,000, he works just as hard for clients with small claims to ensure they get the compensation they deserve.  David Best, he has succeeded at every level working hard to ensure that his clients got justice.  He has been so successful that he is widely recognized by his peers both for his excellent legal skills and for his high ethical standards.

In addition to representing medical malpractice victims in Orlando and throughout Florida, Attorney Best has represented many people who have been injured and killed in car, truck and motorcycle accidents.  He has succeeded for his clients.

David is admitted to practice in state and federal courts, including the Supreme Court of the United States