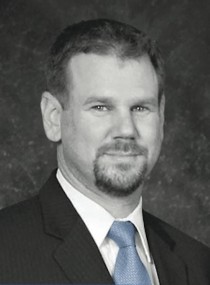 Christopher Banys started Banys, P.C. with one goal in mind: providing intelligent, effective advocacy to help his clients achieve justice. Whether he’s helping an inventor protect her invention in a complex patent-infringement case, helping the victim of a serious personal injury get the help he needs to pay his medical bills and rebuild his life, or working free of charge to help a homeless family stay in emergency shelter, Mr. Banys’ brings his passion for justice to every client, in every case.

Mr. Banys’ commitment to justice includes lending a hand to those in need who cannot afford legal help, earning him pro bono awards including: An Equal Justice America fellowship; several law firm awards, including pro bono associate of the year; the Legal Services for Children’s 2008 Pro Bono Advocate Award; and a Certificate of Appreciation from the Northern District of California’s Silicon Valley Pro Bono Project in 2011.

Mr. Banys has become well-known for helping inventors stand up to patent infringers, regardless of their size, and has served as lead trial lawyer in scores of patent-infringement cases around the country. He has also litigated commercial, class-action, personal injury, and employment cases in federal, state and administrative-law courts.

Mr. Banys earned his law degree from Boston University School of Law, where he was a Dean’s Scholar. While at B.U., Mr. Banys participated in the school’s exceptional Criminal Clinic program where he tried criminal cases in Massachusetts state courts. Mr. Banys, also won the school’s negotiation competition, going on to represent B.U. in regional competition.

Mr. Banys spent his final semester studying law at Oxford University. He earned his undergraduate degree in Spanish and Portuguese from the University of California (Berkeley), with high honors and high distinction in general scholarship.

In February 2010, Mr. Banys returned to the United Kingdom to address legal issues at cloud computing summit held in London and attended by industry leaders.

Mr. Banys founded the Intellectual Property Litigation Group of the American Association for Justice and is active in several other legal associations.

Raised in the San Francisco Bay Area, Mr. Banys lives in the heart of Silicon Valley with his wife, children and a lovable pit bull named Spencer. He is an outdoorsman and a commercially-rated pilot.

Prior to founding Banys, P.C., Mr. Banys started and lead the Palo Alto office of a prominent national trial firm for five years, and before that, had been associated with several prominent Silicon Valley law firms.

Mr. Banys is admitted to practice before the following courts: