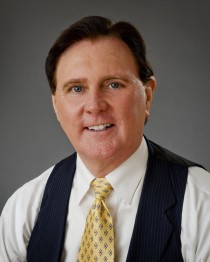 Education
Bernard F. Walsh graduated from the University of South Florida before receiving his law degree from Cumberland School of Law in 1978. During law school, he was selected to serve as a research clerk and intern for a Federal Judge and the U.S. Attorney’s Office. He was awarded The National Book Awards for Constitutional Law and Professional Responsibility during law school.

Experience
Bernard Walsh devoted the next three years to trial work for the State of Florida. This provided him with the opportunity to concentrate on his trial abilities, with numerous high profile trials concerning serious felony crimes. Since 1982, he has exclusively practiced personal injury law and helped accident victims in and beyond Sarasota and Manatee Counties in Florida.
Mr. Walsh is an AV Preeminent® rated attorney in Martindale-Hubbell®. AV means the highest possible rating in both Legal Ability and Ethical Standards. Mr. Walsh is also listed in AVVO as Superb, which is the highest rating for attorneys in AVVO. Mr. Walsh is listed in The National Trial Lawyers Association as one of the Top 100 Trial Lawyers. This honor was bestowed on him by a vote of the Boards of Directors of The National Trial Lawyers Association. He is also listed in the National Association of Personal Injury Lawyers, and has been inducted into Southern Trial Lawyers Association, as well as the Melvin M. Belli Society. He has also won the largest playground recovery (2008), one of the top three motorcycle recoveries (2006), and the second largest daycare center recovery (2010), in the State of Florida. He is a member of the Multi-Million Dollar Advocates Forum. The Multi-Million Dollar Advocates Forum is a group of attorneys who have achieved career case successes that include multi-million dollar recoveries, settlements and /or verdicts.

Activities, Associations and Awards
Bernard Walsh is firmly committed to community service. He is an active member of the Manatee and Sarasota Sheriff’s Advisory Boards, the Florida Highway Patrol Advisory Council and the One Hundred Club for Law Enforcement in Manatee. His volunteer efforts to help all levels of law enforcement have benefited both private citizens and law enforcement personnel.
Bernard F. Walsh is a board member of the Florida Justice Association, a statewide organization of trial lawyers; the president of the Manasota Trial Lawyers Board, a ‘by invitation’ group of trial lawyers; and The National Advisory Board of APITLA. APITLA is the Association of Plaintiff Interstate Trucking Lawyers of America. It is a national association of committed lawyers who have joined together to help eliminate unsafe and illegal interstate trucking practices. Through the combined efforts in learning, litigation and legislation, they are working today to make America’s highways a safer place.

Mr. Walsh lectures on the law and has been asked to make presentations for the Academy of Florida Trial Lawyers, Stetson School of Law, American Inns of Court and the State College of Florida. He has also presented at Southern Trial Lawyers Association, Florida Justice Association, the Melvin M. Belli Society, the North Carolina Lawyers for Justice, and the Ft. Myers Trial Lawyers Association. These lectures include presentations on how to present evidence to both a jury and insurance companies. Other lectures he presented include Trial Advocacy and Medical Jurisprudence. Additionally, Mr. Walsh has been a moderator for a national webcast on trucking litigation.