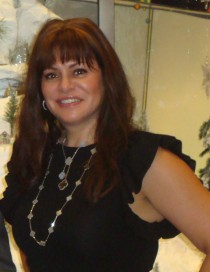 Anna Dubrovsky has been representing injured plaintiffs for 12 years and is a well-known and respected personal injury attorney. She has an excellent performance record of favorable settlements and verdicts and understands the specific needs of those suffering as a result of a personal injury accident. Ms. Dubrovsky commenced her legal education during 4 years at the prestigious Moscow State University Law Faculty in Russia. Her heritage and fluency in Russian have been huge assets and have allowed her to help many clients within the Russian community here in the San Francisco Bay Area.

She earned her JD from the University of San Francisco School of Law in 1998 and passed the California Bar that same year. She immediately began her career defending and representing insurance companies, and during that time decided that she would rather be an advocate for the victims. Having specialized knowledge of how the insurance industry works has made her highly effective in litigating personal injury cases.

Ms. Dubrovsky has been successful at obtaining numerous multi-million dollar settlements and verdicts. In one case, she represented the family of a man killed in a collision between a bus and a tractor-trailer. The decedent’s family and injured bus passengers received a $4.3 million settlement.

Read an article about Anna Dubrovsky published in Plaintiff Magazine.
In a 2009 case, Ms. Dubrovsky represented an elderly man who suffered a back disc injury during a car accident. The insurance company initially offered to pay only $17,000. After aggressively uncovering additional facts, Anna persuaded the jury to award the client $774,000. For her work on this matter, she received nominations for the “Trial Lawyer of the Year Award” from both the Consumer Attorneys of California and The San Francisco Trial Lawyers Association.

In March 2010, Anna obtained a jury verdict totaling $4,696,230 million for a motorcyclist who was injured when he collided with a gasoline truck. The police report stated that the motorcyclist was at fault and as a result, the insurance company refused to offer any compensation. For more than 2 years, Anna aggressively challenged this and was not afraid to pursue a case that many other attorneys would not have. She tenaciously and diligently uncovered that the trucking company was falsifying documents and lying about critical facts relating to the accident. She spent the time and money to investigate every detail of the case and was able to win one of the largest verdicts on record in San Mateo County. Additionally, because of her work on this case, where she exposed the employer negligence of the trucking company, she was named as a 2010 finalist for the coveted “Street Fighter of the Year Award.” This award is given by the Consumer Attorneys of California to an outstanding plaintiff’s lawyer who has litigated a case that creates a more just society. This case also earned her a nomination for the CAOC’s “Trial Lawyer of the Year Award.” As well as these previous nominations, Ms. Dubrovsky has been nominated as a finalists for the “2011 Trial Lawyer of the Year Award” by San Francisco Trial Lawyers organization.