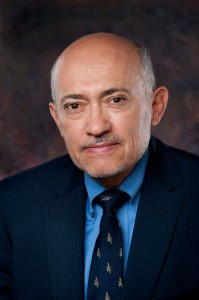 Michael Sawaya is a Colorado native, born in Trinidad to George and Jackie Sawaya, and moved to Denver when he was three years old. He attended Denver Public Schools, The University of Colorado and received his B.A. at The Colorado College in Colorado Springs. He attended Texas Tech University School of Law, graduating with honors in 1975. He is a member of The Order of Coif legal honorary society and the Phi Kappi Phi honorary society. He started practicing law in 1975 and started his law firm on April 1, 1977. For 14 years he carried on an active general practice of law and began specializing in injury cases only in 1989. He has tried more than 100 civil jury trials and has appeared hundreds of times in courts throughout Colorado and in the federal courts of several states. He is an advocate for the rights of injured people and has also spent years supporting the NAACP in an advisory capacity and as counsel.

Michael started The Sawaya Law Firm 35 years ago. He continues in the active management of the firm. He still enjoys being in the courtroom when they let him out to participate in that activity. The firm has grown from two partners and a secretary in 1977 to a firm of 19 lawyers and a staff of more than 80. He has worked on nearly every kind of case and is the one that not only the lawyers in his firm, but lawyers outside the firm look to for guidance and direction. He enjoys mentoring new attorneys and watching them succeed in their careers.

For the past several years he has lectured for the Colorado Bar Association on matters dealing with motor vehicle injury law. Additionally, he is an active member of the Colorado Trial Lawyers Association and the American Association for Justice.

Michael achieved a Masters level of Neurolinguistic Programming. That area of study deals with the most advanced methods of human communication. He has used the skills he has learned in this area in practical ways which have benefited him in his legal practice.

When not practicing law, Michael is a musician who plays the flute, the piccolo, the alto saxophone and the soprano saxophone. He is also a writer on spiritual matters and has authored the book Turbulence in the River, available at the Tattered Cover Bookstore in Denver and at Amazon.com.

Michael manages and motivates the firm under twelve enduring values that include Honesty, Integrity, Honor, Truth, Freedom, Trust, Justice/Fairness, Responsibility, Family, Faith, Service/Goodwill/Charity and Hope. He believes in those values in terms of running his law firm and in terms of the service that his firm gives to the clients.

With approximately 17,000 injury cases in the past 35 years, Michael Sawaya is considered an expert in personal injury law.